incident.io embeds Metabase in their product to provide self-service analytics to their customers.

incident.io is a Slack-powered incident management platform that helps high-growth companies declare, collaborate, communicate around, and learn from events that disturb their normal course of business — from critical infrastructure being down to data breaches and security incidents. 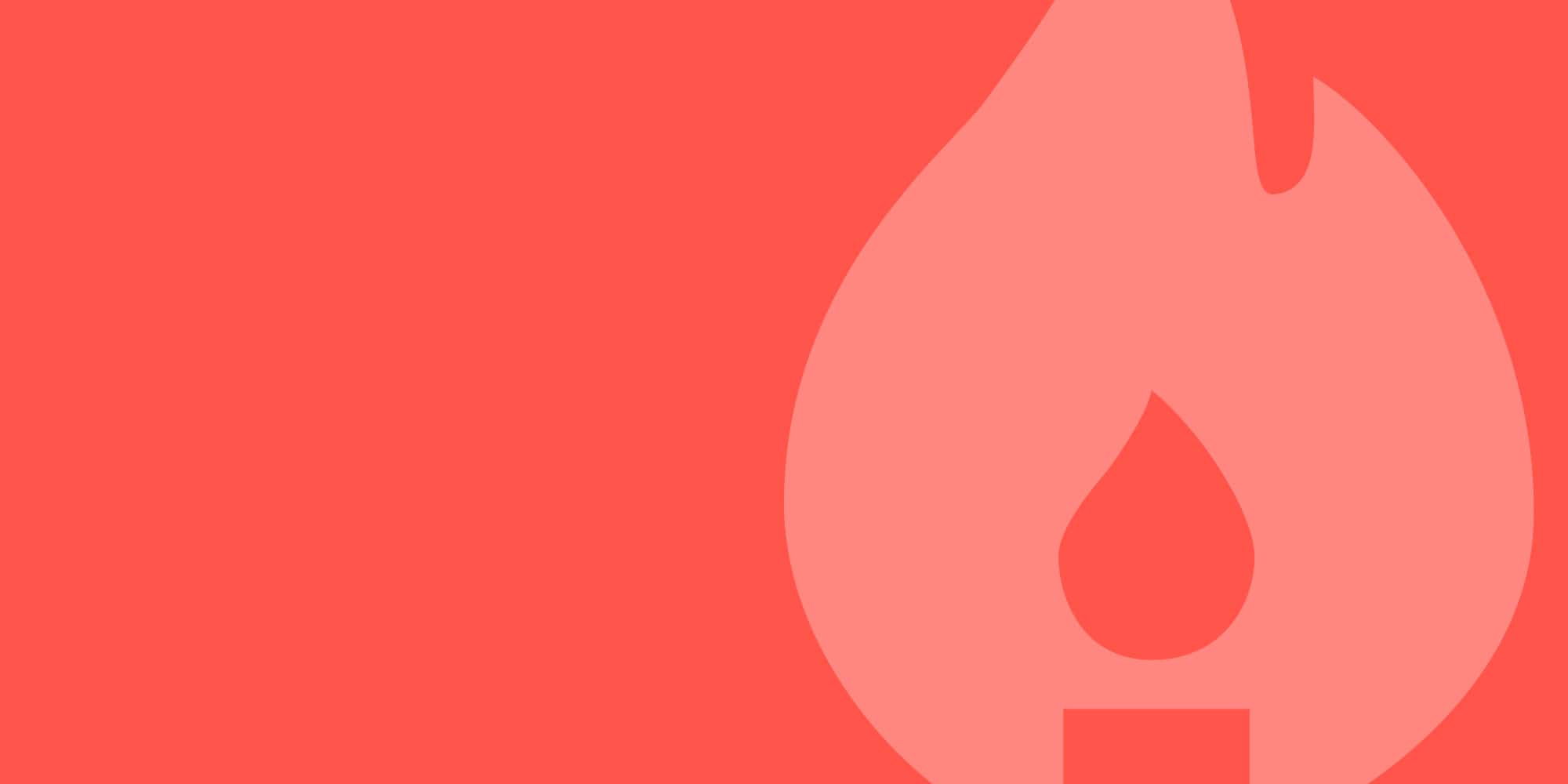 The Challenge: Before Metabase, accessing data was difficult. Only engineers knew how to access data and the tools used to interpret it. What few reports the incident.io team did produce were single-use, often built in spreadsheets that would get thrown away, only to be rebuilt again the next time they were needed.

The Solution: As the team grew and ad-hoc data requests grew with it, they started to look for a handy solution. They chose Metabase because it was very intuitive to use and allowed all their non-technical team members to quickly learn how to build complex queries using Metabase’s graphical interface.

The Results: With Metabase, data became accessible to everyone, regardless of engineering background. They also embed Metabase into their product to provide analytics to their customers who want to understand their performance when it comes to incident response.

"Metabase has made data accessible to all staff at incident.io, regardless of their technical training. And beyond our internal use, embedding Metabase into our product means customers can get the same quality insights we can, but for their own data. Building this ourselves would’ve taken months: with Metabase, we had something running in three days. " 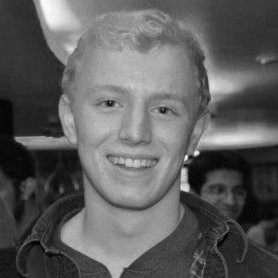 incident.io is growing fast, and as they onboard new customers they generate more data. A lot of that data is useful for the incident.io team internally, but they also provide some analytics for customers who want to understand their performance when it comes to incident response.

They found out about Metabase by asking around — their network includes a lot of start/scale-ups, and their experience at larger companies indicated that a modern Business Intelligence tool would be a better fit.

Metabase won because it was the most intuitive of the tools they considered. Non-technical staff could learn it as they went, and the integration with dbt meant they could surface documentation from their data sources which made their Metabase usage really polished.

incident.io loads a variety of data into their BigQuery data warehouse, all of which is visualised in Metabase.

How the incident.io team uses Metabase

incident.io initial goals were to track sales KPIs, revenue KPIs, and understanding product usage. They managed to set up all of these a couple of weeks after the first prototype. They use Metabase primarily for internal business reporting, but they also embed dashboards for customers into their product. They realized they now could build sophisticated product ‘insight’ graphs after just a week of engineering effort, avoiding weeks of up-front build and ongoing maintenance cost.

Currently, their growth team is the heaviest users, as they’re consuming data from all their sources: Sales, Product, Revenue, and Social. incident.io’s Growth team is a good example of how fast non-technical staff can upskill themselves. People who have never used SQL before are now using the Metabase GUI to build pretty complex queries and get a sense from the data.

Everyone at the company uses Metabase at least once a day. Most of the questions are built in the graphical editor, and really complex analysis is done in dbt, then surfaced via an accessible model in Metabase. They keep their data ready for ergonomic consumption from the Metabase dashboards and track the complicated SQL in version control.

Before Metabase, incident.io used manual spreadsheet reporting for board meetings and external investor reporting. Likewise for product usage analytics, which they would model with BigQuery and Data Studio, but it was very difficult to share/build upon.

For customer-embedded dashboards, they would build charts themselves using d3.js and writing the code. These charts were pretty basic, hard to maintain, and required up-front build and maintenance. 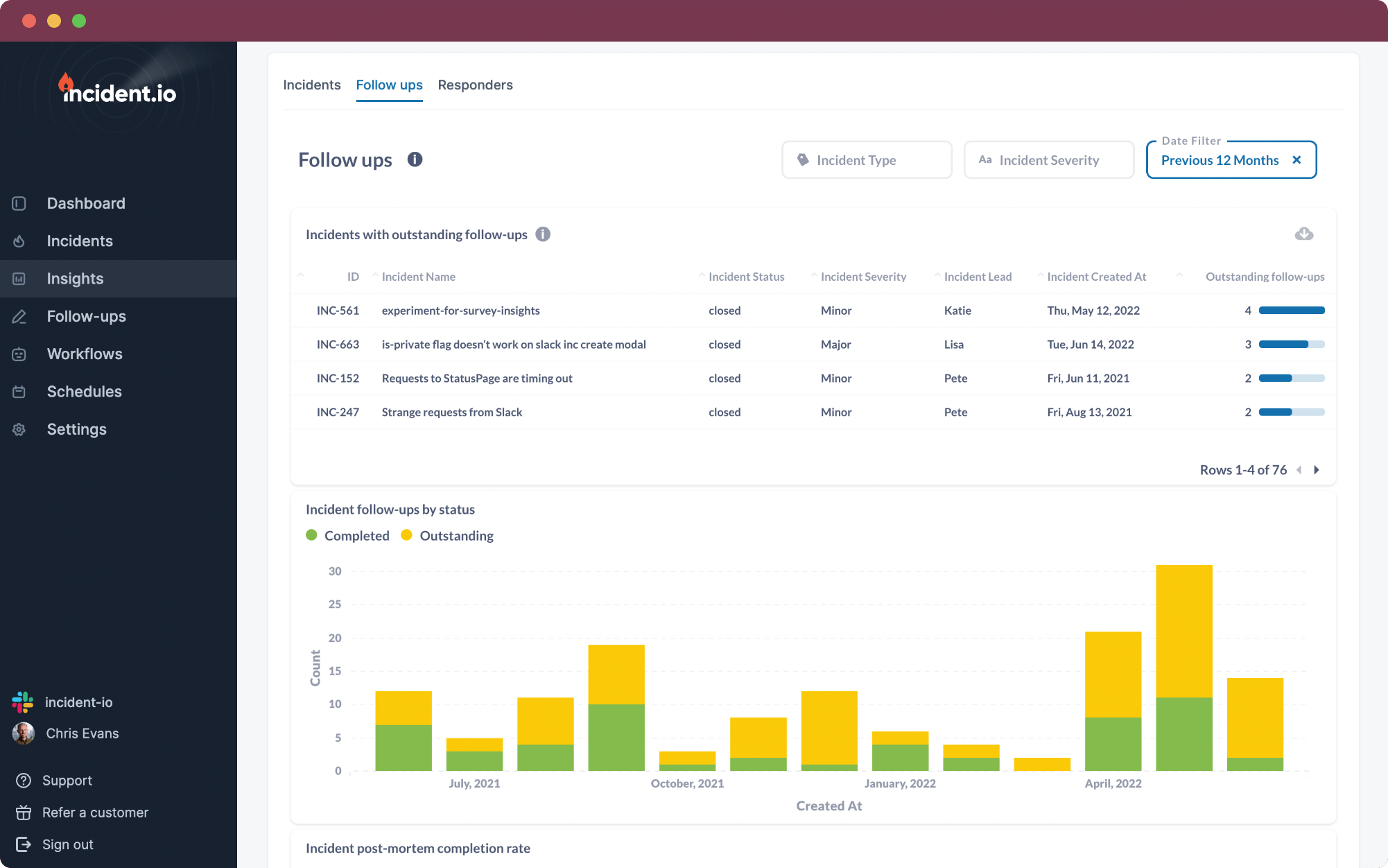 After incident.io started using Metabase, the data became more of a commodity, which allowed people to make data-driven decisions regardless of their technical background.

They are also now able to offer customers better insights, and faster. incident.io chose Metabase over complicated and heavy business intelligence tools because they wanted to focus on dashboarding and exploration rather than sending teams on training seminars to gain basic literacy.

Lawrence’s advice for others

Lawrence integrated dbt with Metabase, which was a key part of why their setup works so well. Lawrence suggests syncing the schema as they described it in their blog post, making sure that you tag columns with the right semantic types in your dbt schema.