Making you feel like a fearless explorer is the theme of Metabase 0.43. We’ve made a bunch of improvements to help you stay organized, keep track of your work, and find new areas to explore.

If you’re hosted on Metabase Cloud, we’ll be rolling these new features automatically throughout the next few weeks. If you’re self-hosting, you (or your admin) can follow the docs on how to update to the latest version.

Tired of manual updates? It’s easy to upgrade to a hosted plan. 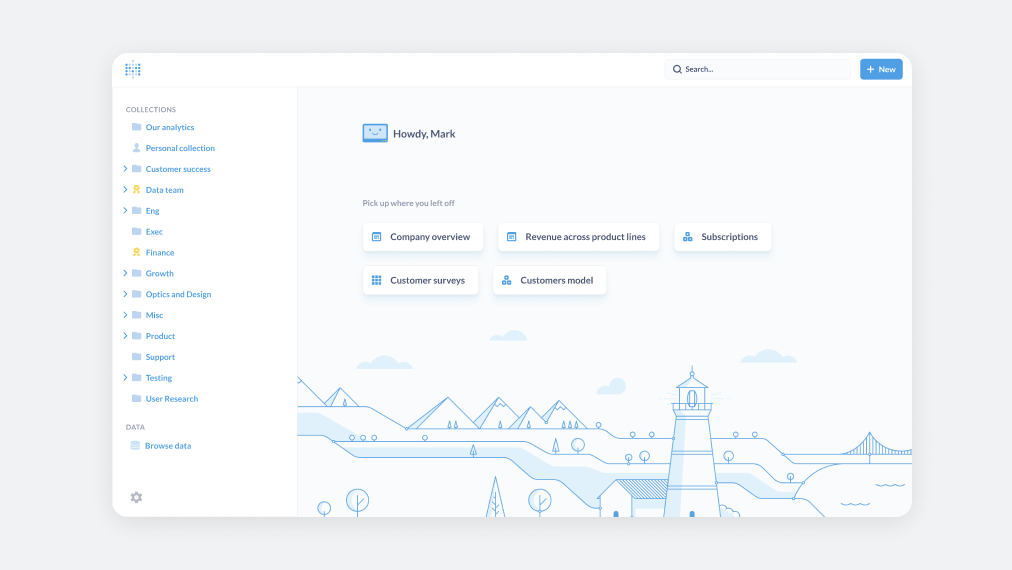 As you use Metabase, your teams will create more and more questions, dashboards, and models. This release makes it easier to find and work with all that productivity.

We’ve overhauled the main navigation to make it easier to find things. That made our old homepage less useful, so we reset it to a zen space for you to start your day, bringing you back to your most recent items. Fewer feeds, more peace. 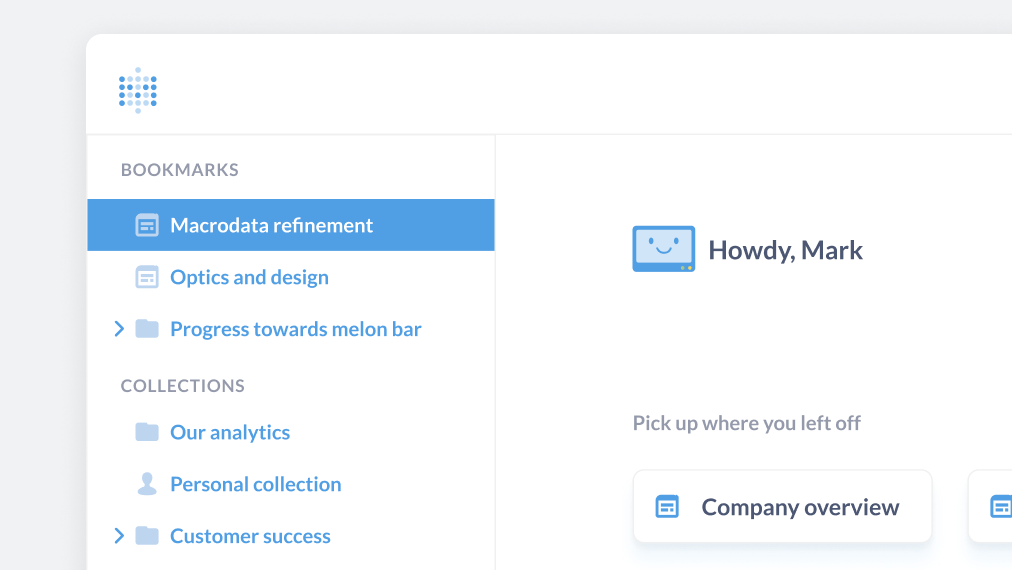 You can now bookmark your favorite questions, dashboards, models, and collections to access them later from that new nifty sidebar. Bookmarked items also get a boost in your search results. 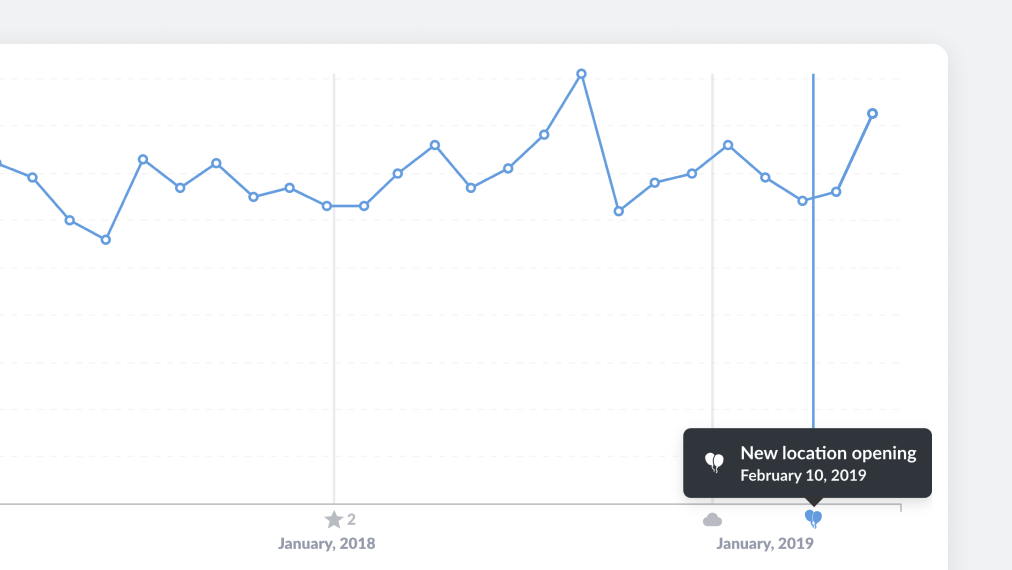 A lot of discussions around data have a moment when someone asks a question related to a specific point in time: “Wait, what’s the spike in March again?”, or “When did the new widget launch?”

Events are a way to capture that knowledge and make it available when you need it, in context (i.e., when you’re viewing a chart). That way, people (including your future self) won’t have to figure out (again) why the line chart spiked back in March. And if you want, you can also add events via Metabase’s API.

We’ve been using this internally for the past few weeks, and the ease of interpreting results has been quite eventful. 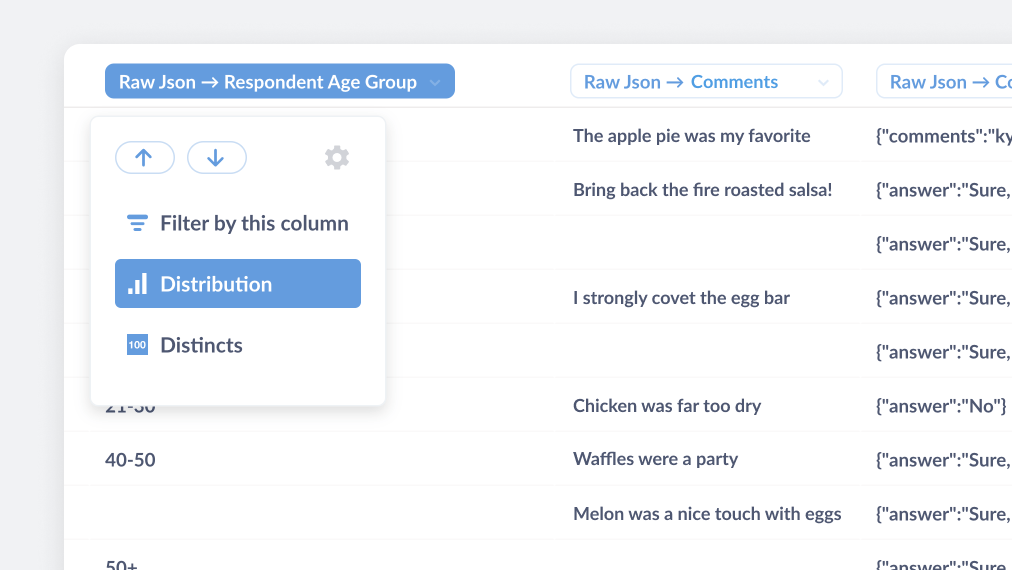 Metabase can interpret JSON records and make them behave like standard table fields, flattening the nested structure. That allows you to stick to complex, flexible semi-structured columns, while still empowering your team to visually run queries against them.

By default, we keep the hierarchy in column names (e.g., address.billing.city becomes Address → Billing → City), but you can rename columns however you want (e.g., City for Billing). Keep in mind we’re only doing this for records (key/value pairs), but not yet for arrays.

We’ll expand this to other databases in the next few releases, and handle arrays in the future. 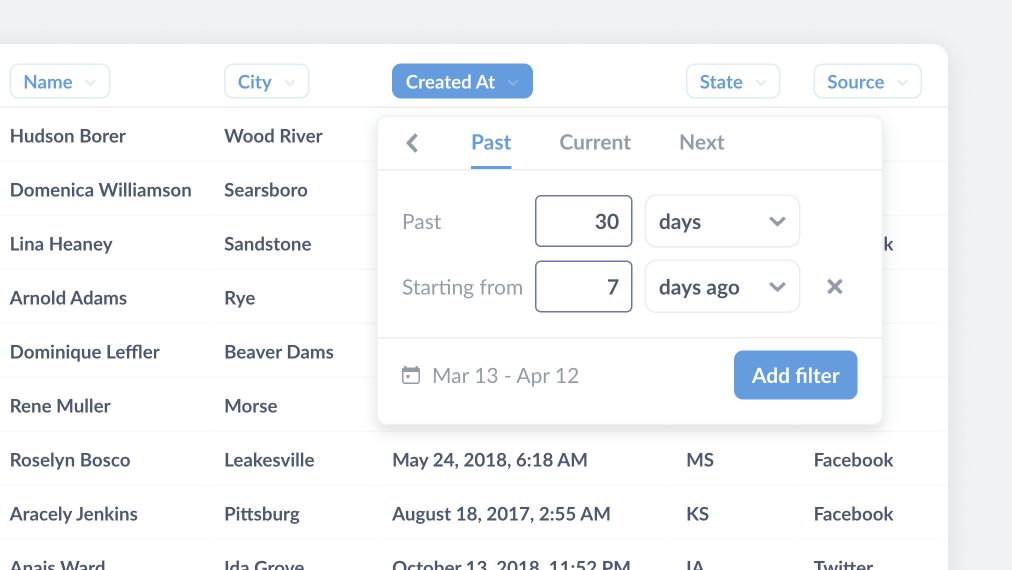 Let’s be honest, half the time, all you want is a time series. And we just made it a lot easier to filter for relative date and time ranges:

And to help you ensure you’re getting it right, we show inline previews of complex time ranges. 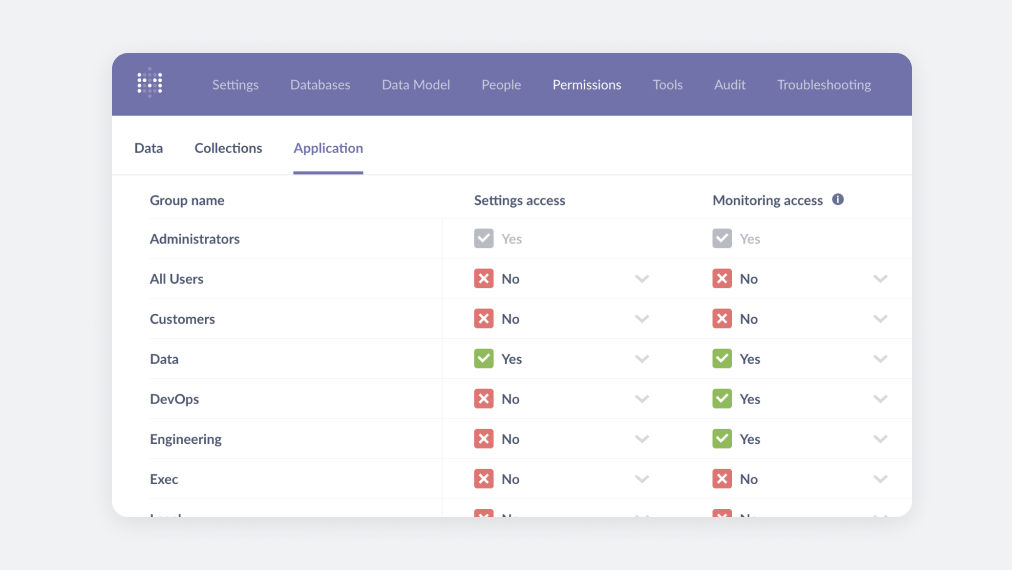 Larger and more complex organizations need finer-grained permission settings. On some paid plans, you can now dictate which groups can use different sets of features, including: 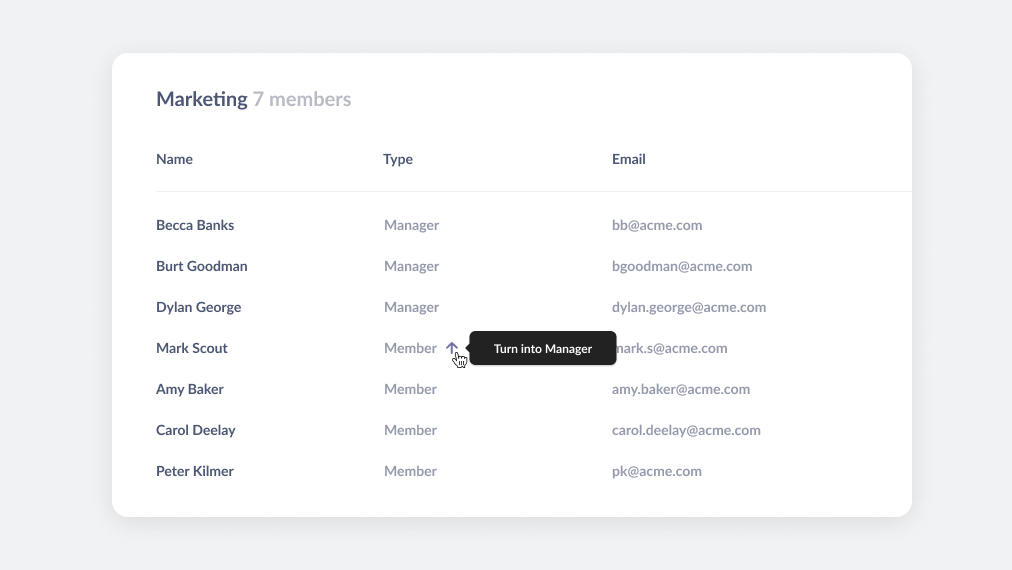 On paid plans, we’re introducing the notion of Group Managers, which allows admins to delegate the definition of group membership. That way, whoever is closer to it (say, a team lead) can determine who should be part of a specific Group.

With all this, you’ll be able to both reduce the number of admins in your instance and empower more people to do specific things. A win-win.

And some other improvements

Big thanks to everyone who contributed!

Thanks to all those who submitted bug reports, feature suggestions, translations, and pull requests. Metabase gets better and better thanks to your efforts.

As usual, we’ve made a whole host of additional improvements to Metabase. It’s a pretty lengthy list, so be sure to take a look at the release notes to see everything we’ve added.

Wanna know what’s coming up in later releases of Metabase? Check out our public product roadmap.

Enjoy the new release, and join us on the forum.

We’re back with another big update to Metabase! If you’re hosted on Metabase Cloud, we’ll be rolling these new features automatically throughout this week. If you’re self-hosting, you (or your admi...