We use Percy via Github actions to run visual regression tests. Percy provides pull-request-based workflow, handles diff review and approval flow conveniently. In addition to that, It integrates with Cypress, which allows us to use all power of our custom helpers and commands. We run

How to run visual tests on CI

When your PR is ready for review, you can run visual tests (handled by Percy) in one of two ways:

Only run these visual tests when your pull request is ready for review. Percy charges by the screenshot, so running the visual tests on every commit gets expensive.

2. If there are some visual changes, it shows a failed Percy check in the PR 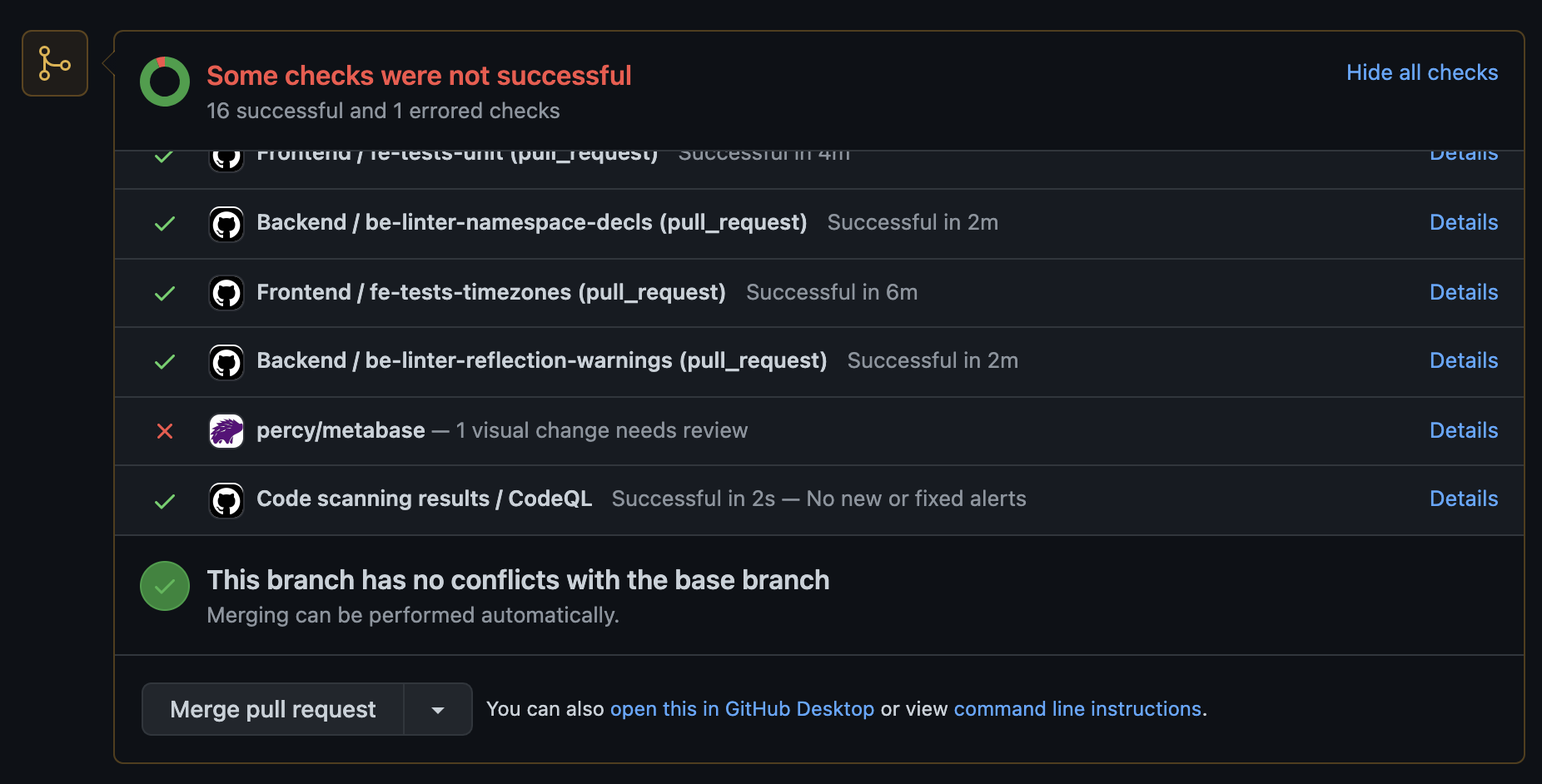 3. Once you review and approve the changes, the PR check becomes green 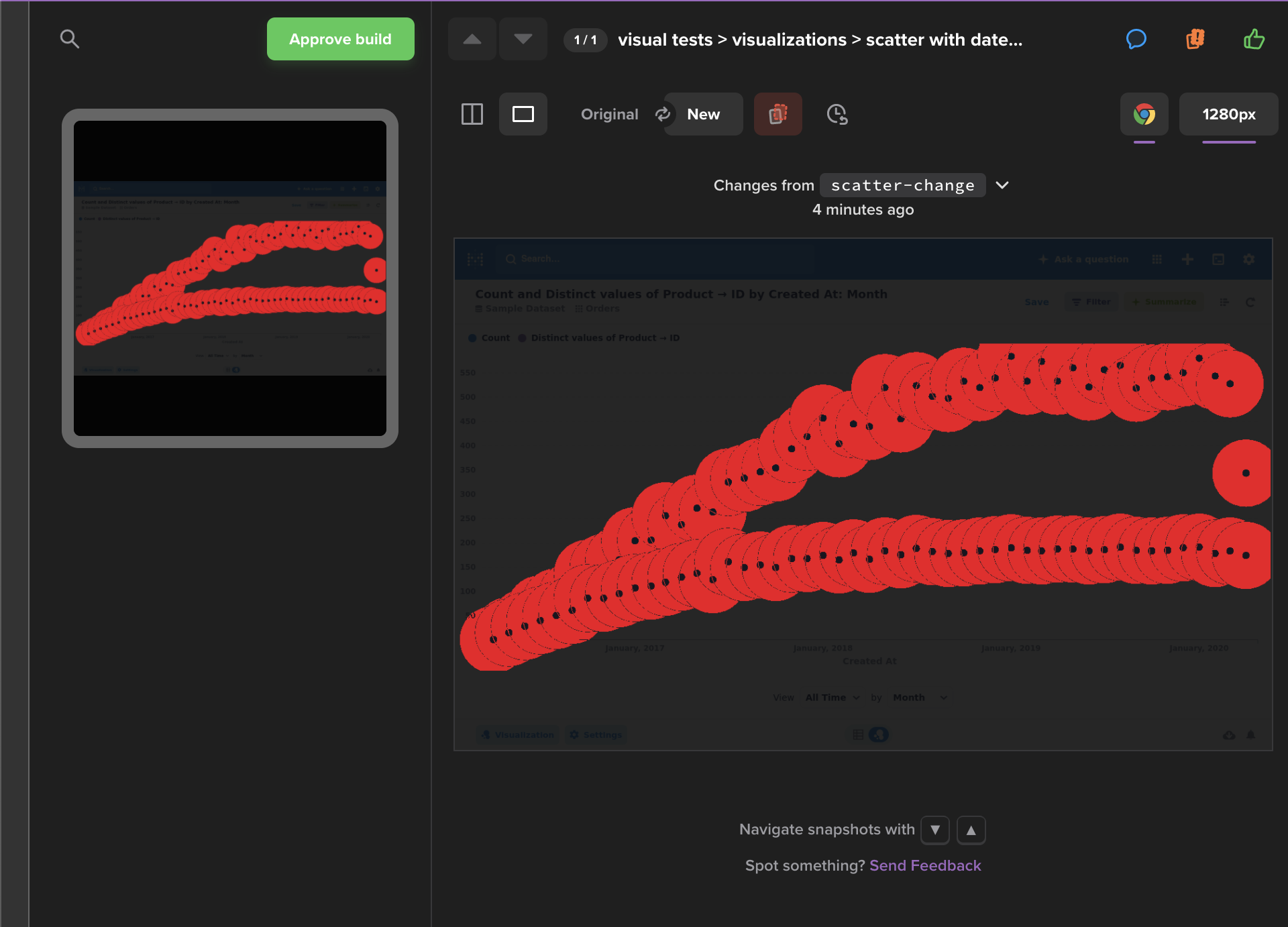 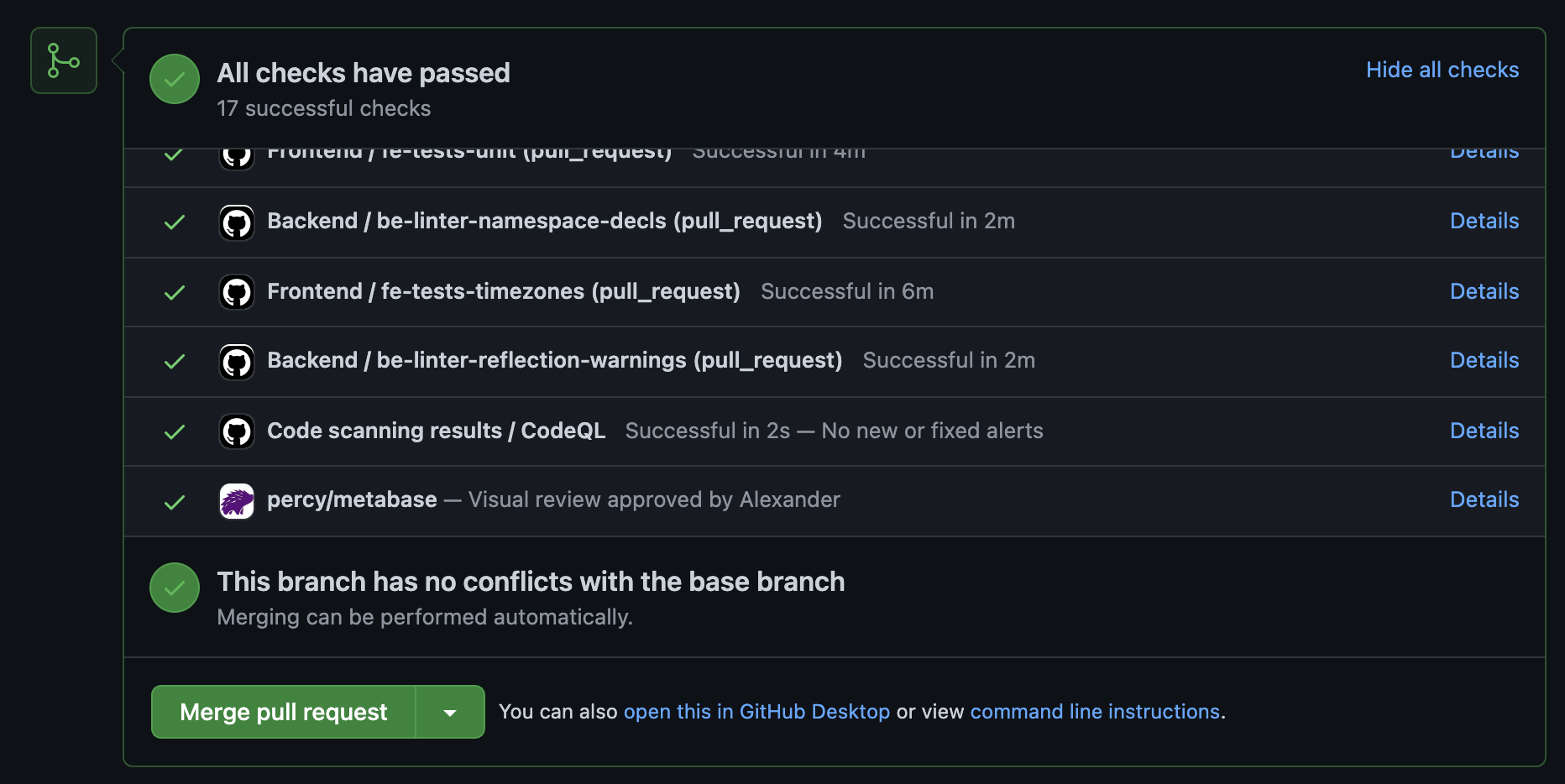 How to create a visual test

We use Cypress to write Percy tests so we can fully use all existing helpers and custom commands.

Each visual test should cover as many as possible different elements, variants on the same screenshot. For instance, when we are writing E2E test that checks a chart on a dashboard we add just one card and run assertions. In opposite to that, a visual test can contain every type of chart on the same dashboard because it significantly reduces the number of screenshots we produce which reduces the cost of using Percy.

At this step, if you added percySnapshot command somewhere in your test, you will see percyHealthCheck step in your test:

Consider the page state at percyHealthCheck step as the one that will be captured.

Read docs for other versions of Metabase.

See something that needs fixing? Propose a change.